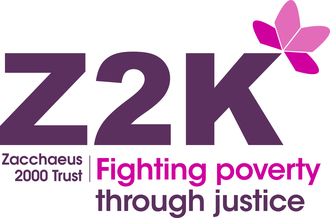 Zacchaeus 2000 Trust (Z2K) is an anti-poverty charity focusing on social security, housing and homelessness. We campaign to change policy that is causing the most harm to our clients.