Skip to main content
Hello! We use cookies to improve your experience by providing insights into how the site is being used. Find out more.

Aylan, the toddler who drowned fleeing Syria, was just three years old. His town was under attack by Isis. His five year old brother and his mum also died trying to reach safety.

Yet our prime minister has just said ‘we won't take any more refugees’. He thinks that most of us don't care.

But 38 Degrees members do care. We don't want Britain to be the kind of country that turns its back as people drown in their desperation to flee places like Syria.

So let's stand up for Britain's long tradition of helping refugees fleeing war. 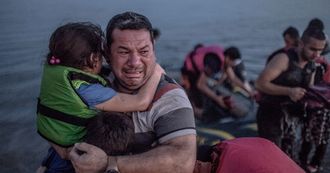